My, how these days have been flying by. All of our animals came this past weekend and we have been a little chaotic while getting settled. We have some kinks to work out in our pens and pasturing situation but mostly we are loving it.

We’ve been milking Sugar and are slowly getting that figured out. She is really quite gentle but is very protective of her calf. This is her first calf and she had never been milked before so wasn’t too keen. I
also realized that I’m not as brave as I thought I was; milking a cow
that your mom has been milking for years is a little different than
training a cow (with big horns and strong hooves) so after working at it
a couple of times by myself, Dan suggested he get her used to being
milked because he didn’t feel nervous the way that I did. Sure enough,
she seemed to settle right down for him and he was able to get her used
to having her udder handled. Now she just settles into eating and as
long as her calf is close by, she lets me milk her. The girls are loving the “Sugar milk”.

Neither Dan or I have had much time to take many pictures but I have snapped a couple on my phone so you can at least have a bit of a glimpse. Once, we’re more settled into an animal routine there will be more pictures, I promise! 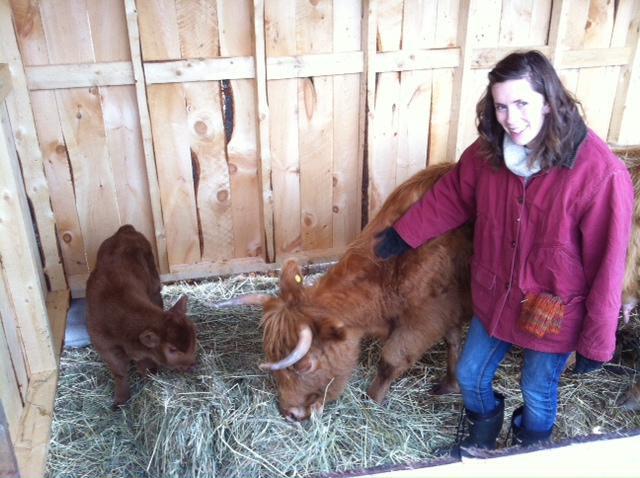 My girl Sugar and her calf, Copper 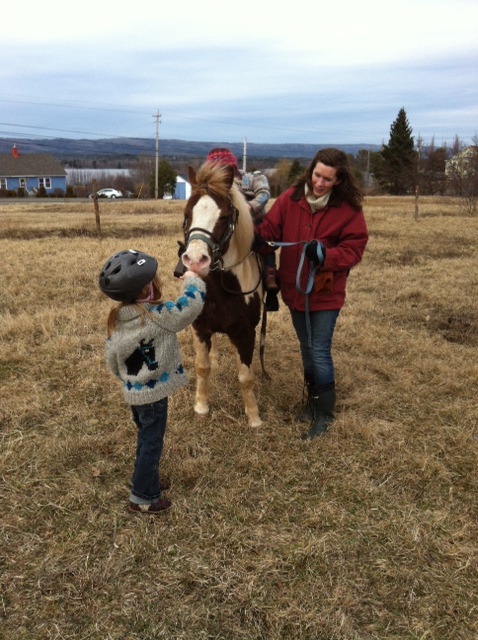 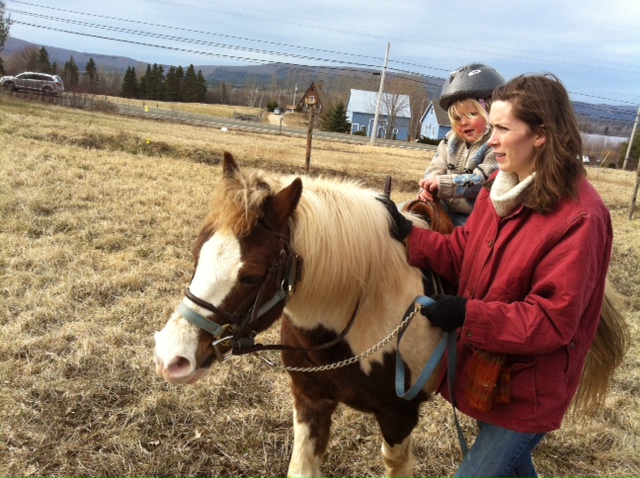 Cecily has even fallen off once and that hasn’t slowed her down! 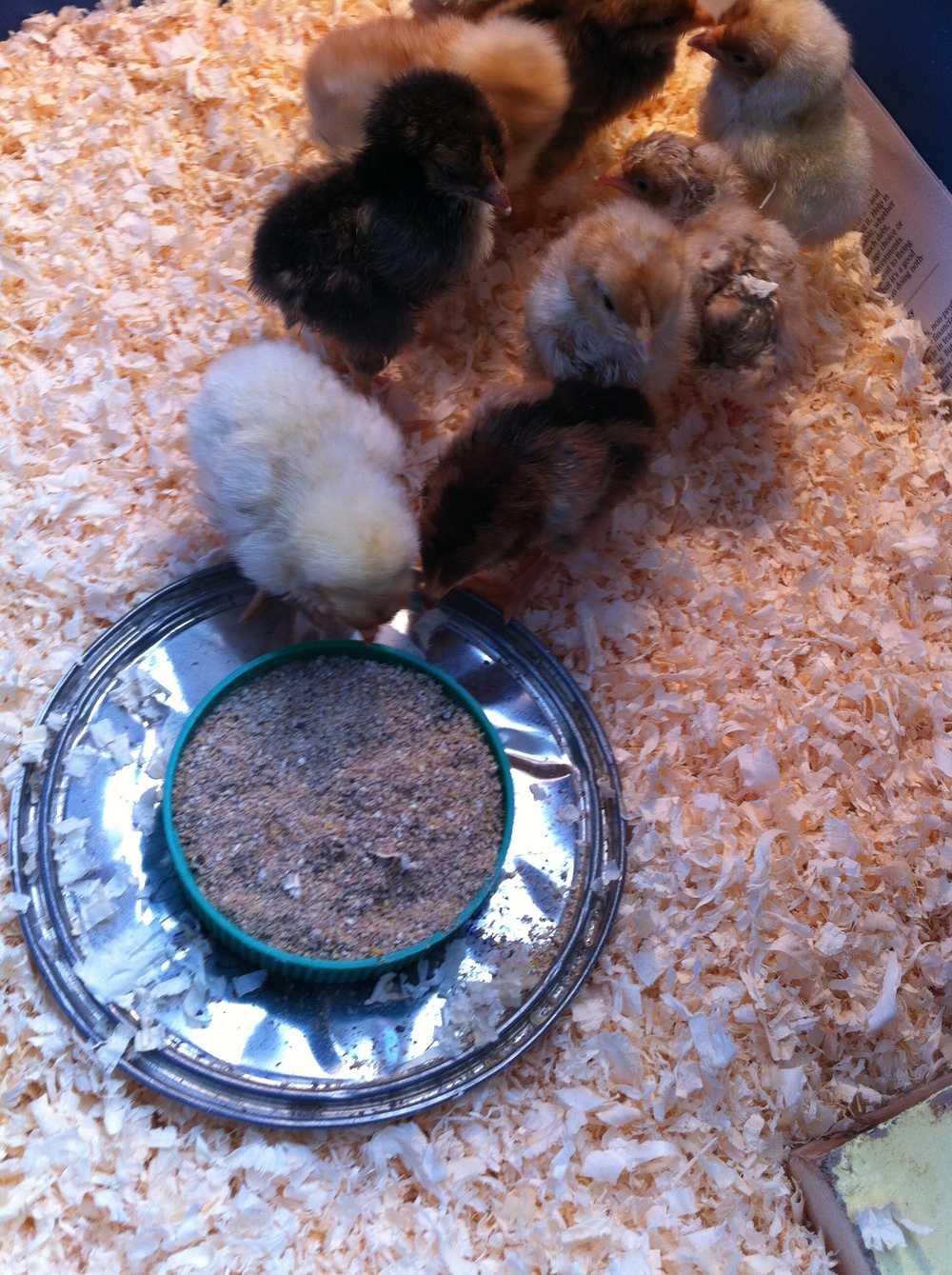 Our nine chicks who are growing so fast! 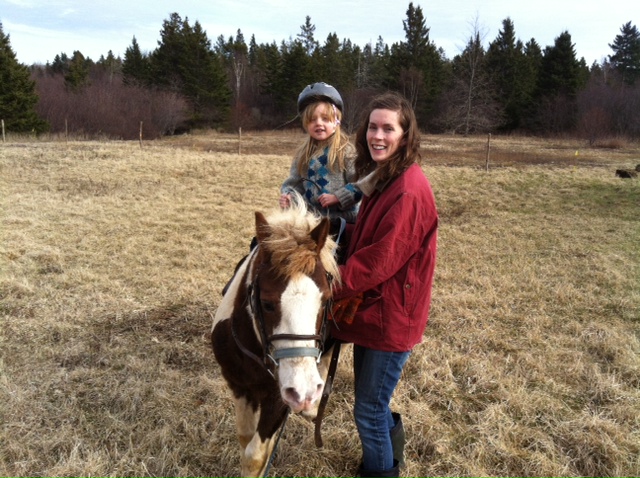 Aneliese is right into owning a pony, she wants to learn everything as fast as she can.