I’ve been meaning to take some photos of our gardens so that I could share their progression as they grow and finally got to it today between the rain and some planting. Then I got the idea from Soule Mama of sharing a weekly progress update and photos; I probably won’t manage weekly but I’m going to plan on a least a few updates through out the growing season.

We’re a little behind with what we had planned on having planted by this time but in the main garden I finally got peas, some beans, kale, spinach, and lettuce in between all the rain that we’ve been getting lately. Eventually, I’d like to fence in the whole back yard that I intend to convert from lawn to garden to keep the chickens out. Right now they are totally freely roaming every where and while that is great for them, they did a number on a good portion of my garden last year. This year at least the main garden is fenced in. 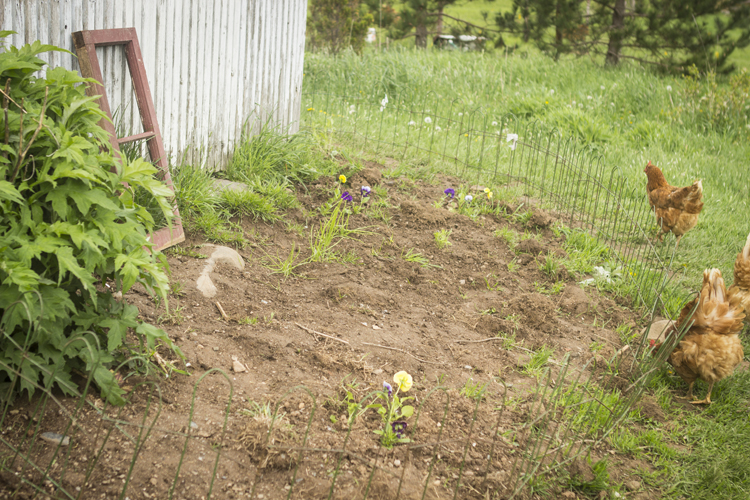 It’s looking sparse now but this will be full of perennial herbs mostly as well as a few things such as pansies that I also like to toss in salads. 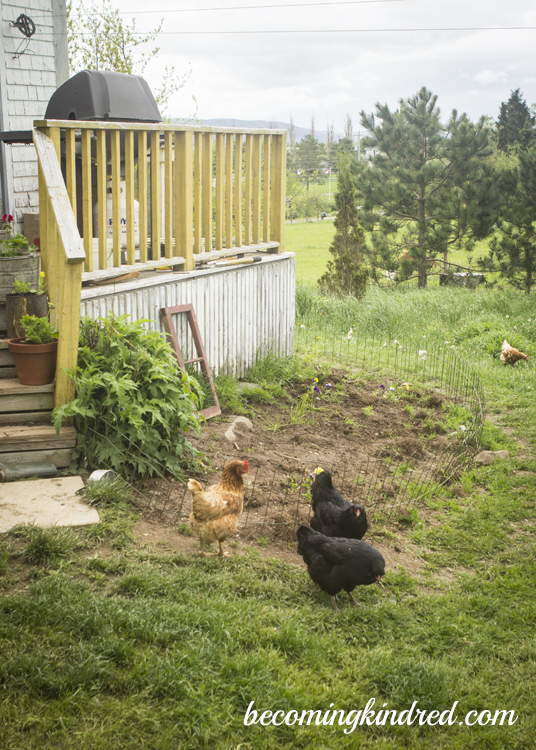 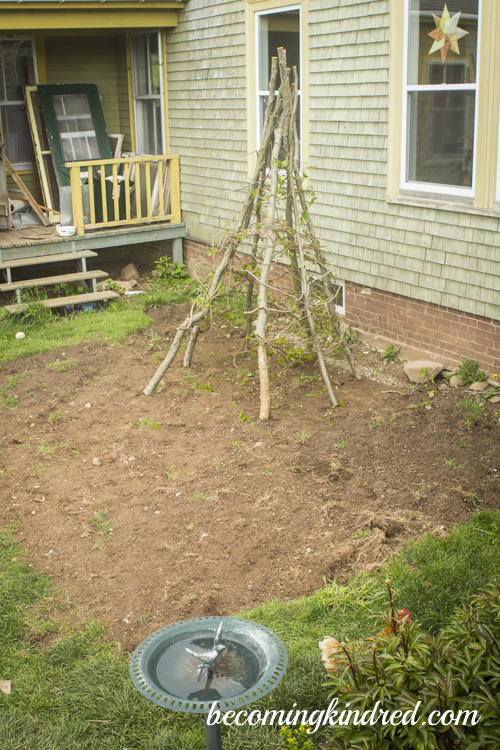 This is mostly a flower garden and it has been planted with a variety of seeds by the girls, the chickens have full access and so we’ll see what happens with it. The teepee with have beans growing on it. Dan and I had a friendly disagreement on how tall it should be, he won since he was making it and now I think it is great. 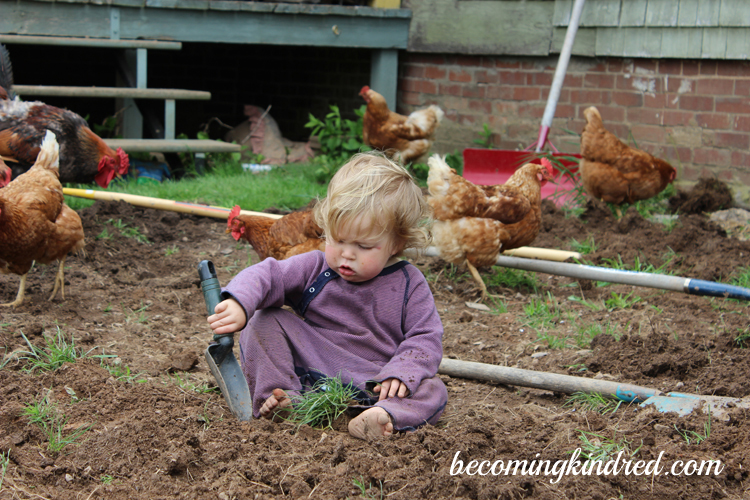 Everything else is still inside waiting for better weather so they can be hardened off or for seeds to be planted. I was a bit slow getting going and now it has been cool and very wet but so far I’m really enjoying the garden this year. The girls love it out there and I feel more relaxed even though I’m planting more than I have in the past.

What’s happening in your garden this week? I’d love to hear about it and see pictures if you have a blog.