I actually have a note book that has a section to journal my garden and a section to journal farming. I thought that it seemed like a fun idea to share bits of that here every now and again. Baby animals are a particularly delightful part to share. Much more romantic than the notes about a sick cow and flooded garden, though that is an important part of the journal too. Sugar is healthy again but I can’t say the same for my garden, it’s a little sad and drowned looking with all the rain. 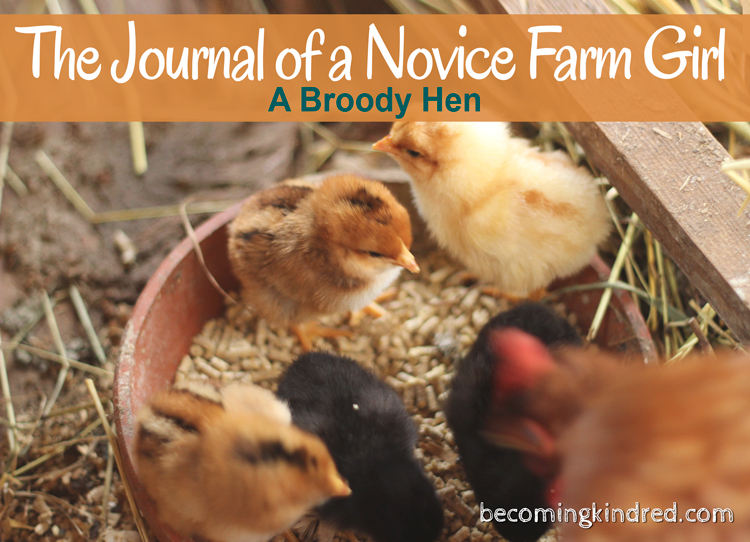 I set a broody hen to next today. After several days of her
gathering up the eggs that the other hens lay to sit on and I removing them
much to her distress, I decided to give it a try. She is a just a red “Co-op”
bird which is basically supposed to have nesting instinct bred out of them in
order to get more egg production. Way to go against the norm, Henny.

She is nesting on eight eggs right now and is separated from
the other hens. We kept our original little hen house for the use of nesting
hens. Last time one of the hens (that was a heritage breed) set, we didn’t remove her from all the other hens and
they ended up forcing her off the nest and breaking a bunch of her eggs.  So now, we’ll keep this one completely separate with
her own food and water and tiny little yard so that she can leave the eggs to
eat, drink, and poop without her eggs being disturbed.

If all goes well, in about 21-23 days, she will hatch out
some chicks. Otherwise, she’ll get nesting out of her system and go back to
laying an egg every day. It’d be great if she did hatch out some because we
want to add to our flock and would like have hens that have come from our
Golden Laced Wyandotte rooster.  Since
she isn’t sitting on only her eggs, I made sure that she has a mix of eggs,
including some from the Russian Orloff mix that I was given by a friend.

Everything seems to be going well. Henny is very determined and doesn’t like to leave her nest for any reason. I had to force her off a time or two because she actually pooped as she sat and that just doesn’t seem right. 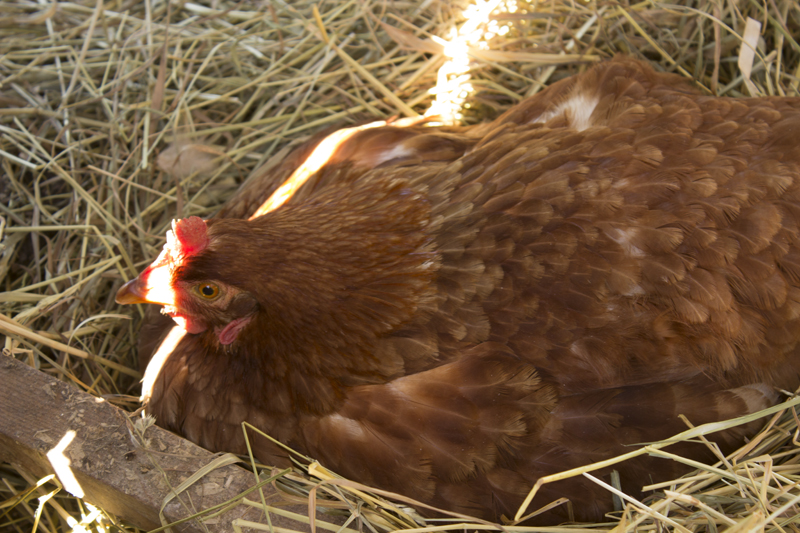 I
hear chirping!! Henny wants to be left completely alone and ruffles up
to almost double her size if we open the door. Right on schedule.

Upon
opening the door this wet, dreary morning, I was greeted by the
sweetest sight. The hen was nesting as usual and out from under her
popped a fluffy yellow head that peered up at me. Then joining that one
was one, two, three, four more! Aneliese says these are special chicks
that are particularly cute. I have to agree that they are adorable. From
the eight eggs, she hatched out five chicks, two being from the Russian
Orloff mix which is great. It’s been so wet that we are keeping them
closed in their little house for now but on the first sunny day, I can’t
wait to get photos of them as they follow their mama. Well done, Mama Hen!! 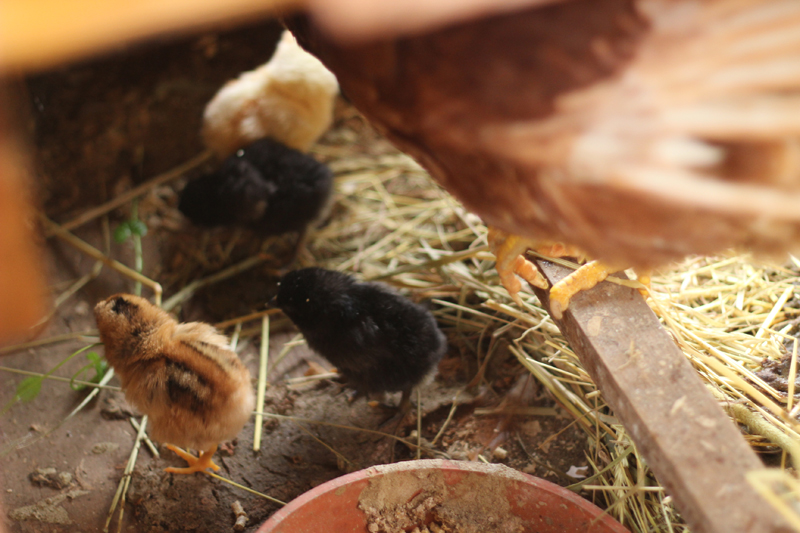 Linking up at Frugally Sustainable