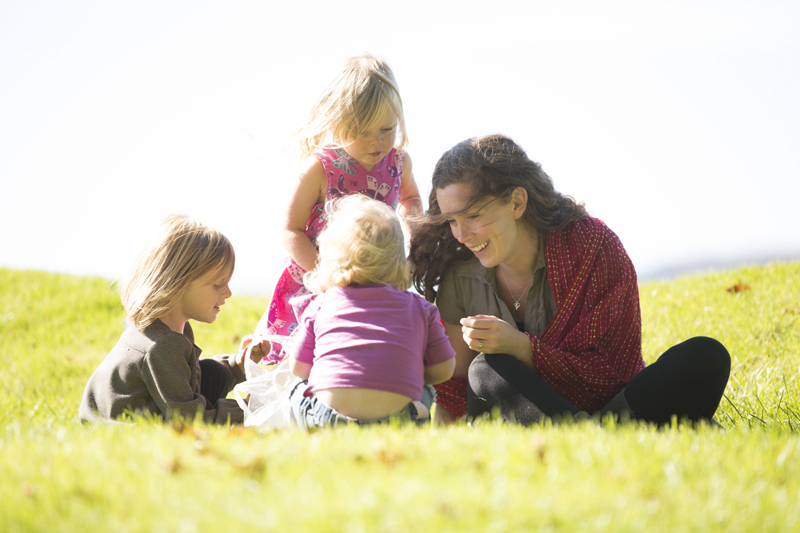 This afternoon the girls unanimous wish was that we would take a picnic and go play on the hills at Fort Anne . On one of our many visits there this summer (it’s their favorite place to go play.), I had noticed a large chestnut tree and had made a mental note to return later in the fall to gather some chestnuts for eating.

I was hoping to gather some for Christmas time, “Chestnuts roasting on an open fire…” but it seems that fresh chestnuts don’t actually store well for that long so then I thought that we could have them for Thanksgiving instead. 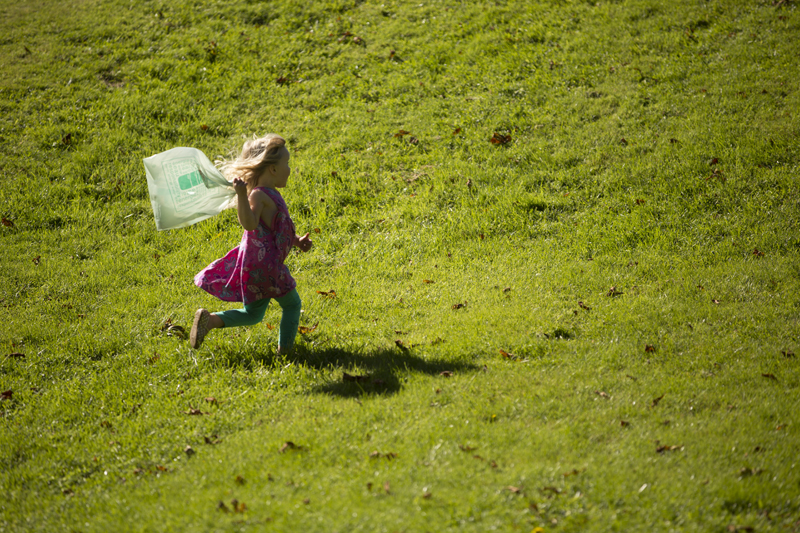 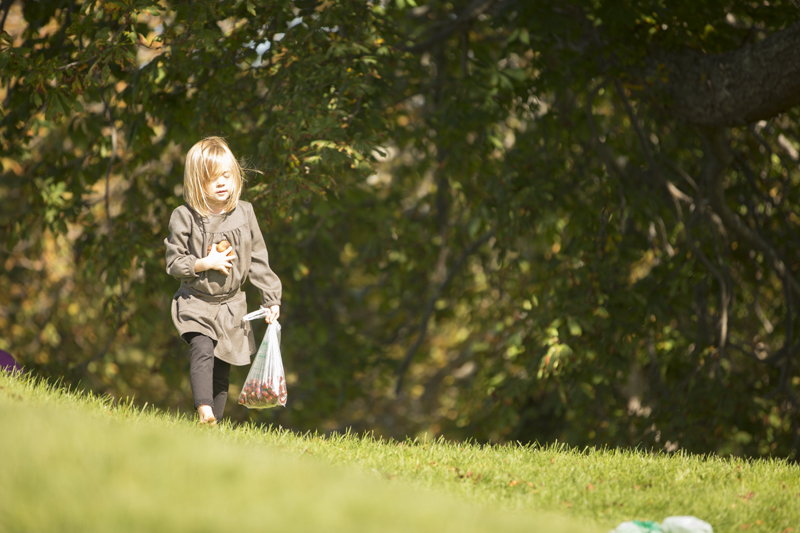 A bit like squirrels, we scampered around collecting nuts and breaking them open. 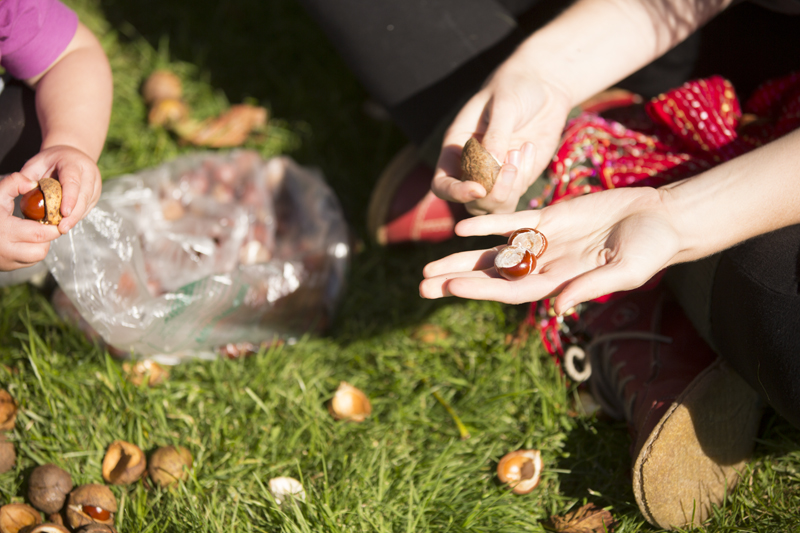 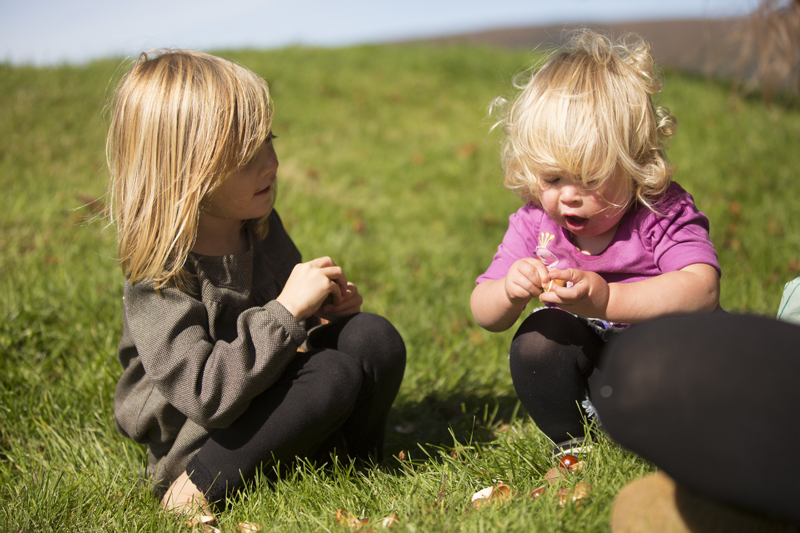 We played some games such as guessing how many nuts would be in each shell and decided that we wanted to try to growing some trees of our own. Kathleen was determined that she wanted to keep adding to the bag even after the other two had decided to run around on the hills with their daddy. After much collecting by her little hands, I convinced her that we had quite enough and could continue on.

It wasn’t until I started looking up on Google about how to store the chestnuts that I started to wonder if we had in fact gathered horse chestnuts which are generally considered inedible and potentially toxic. Although probably not desirable to eat in the way that sweet chestnuts are, apparently they are edible if prepared properly much like acorns or other similar nuts.

I’m still not sure though if these are horse chestnuts or not as the outside looks nothing like the green spiny shell that I’m used to on horse chestnuts but neither do they have the same fine, sharp spine of the sweet chestnut that I’m seeing in pictures. So it remains a mystery until I can ask someone who will be able to identify them better than I can from an internet search.

While it’s not quite so exciting as just roasting these up next weekend its a good lesson on the importance of accurately identifying plants/fruit when “wild crafting”.

Have you ever gathered nuts for eating? What do you think we have here? Are they horse chestnuts?