Friday night we celebrated the opening of the coffee bar that is now sharing the Dan Froese Photography studio space and the weather cooperated in giving us a perfect evening. Saturday morning however, we awoke to high winds and power outage. We’re somewhat used to that here in Nova Scotia so we continued on with our day with a few modifications.

With the hurricane warnings that we had been listening to throughout the week, on Friday I had filled all the animals water troughs (old bath tubs) and had the kiddie pool filled along with plenty of drinking water in the house. We had secured everything and had plenty of food in the house. So we weren’t surprised and actually were quite prepared.

However, mid morning the winds pretty much stopped. The hurricane was down graded to a post tropical storm so we thought we were just waiting for the power to come back on. Mid afternoon, however, the wind picked up. Apparently the winds got up to 150 km/hr. We watched the trees in the yard, flatten and straighten, flatten and straighten. Branches, debris and then a thud which turned out to be a tree landing just next to the back of the house. 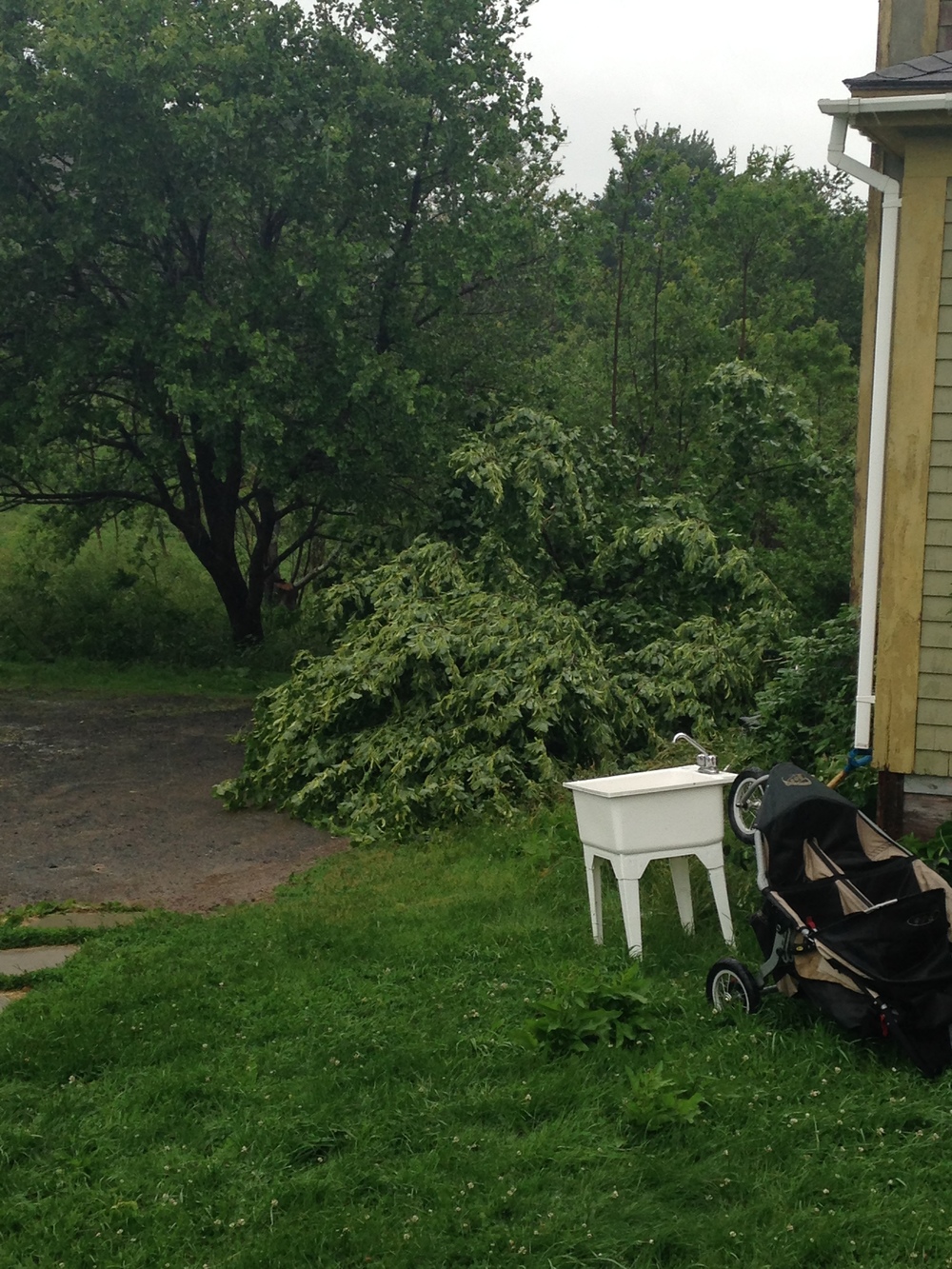 I think it howled through at least part of the night and we woke up to wet and still no power. We got right to clean up with everyone pitching in. 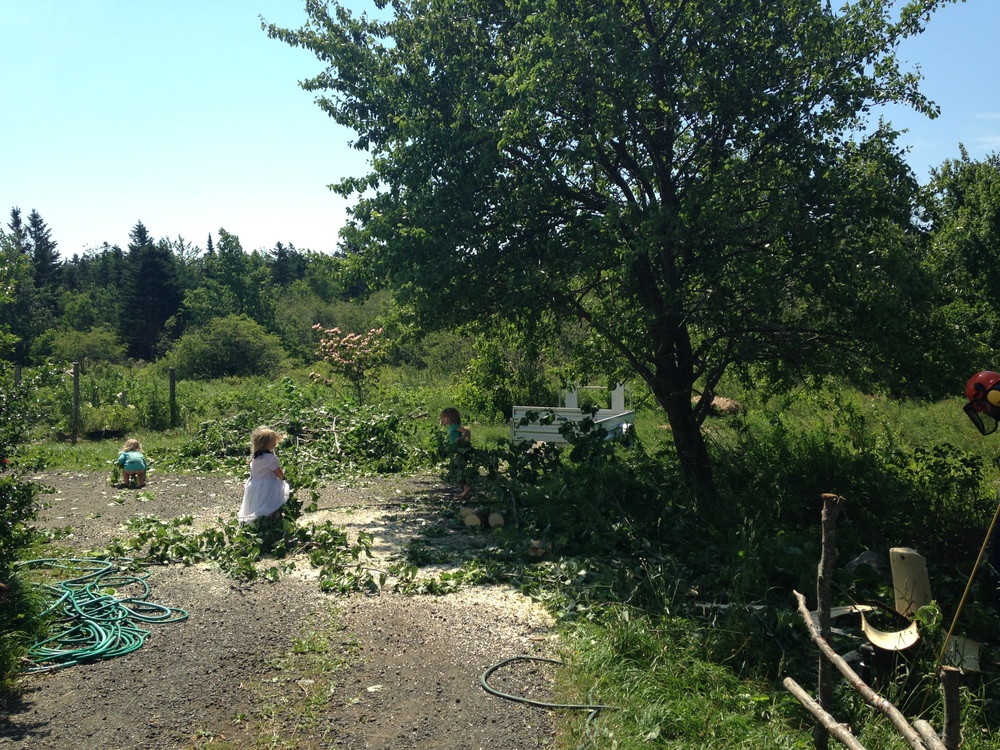 Maybe this sounds crazy and thoughtless but after the storm was over, it felt sort of like an adventure. We kind of made the most of that day of cleaning up together. That tree stump that Cecily is drinking out of is the tree that fell by the house (one of a several trees that fell on our property.); we noticed the water running from the stump so Dan made a bowl while he was bucking up the tree for firewood.

We trekked back into the forest for more drinking water after we learned that we might not have power restored until the end of the week. Cecily learned how to ride the pedal bike. We cooked and did dishes out on the veranda. Went swimming in the river. Went to bed earlyWe checked in with others to see what was needed. And we just hung out. That part was oddly refreshing. 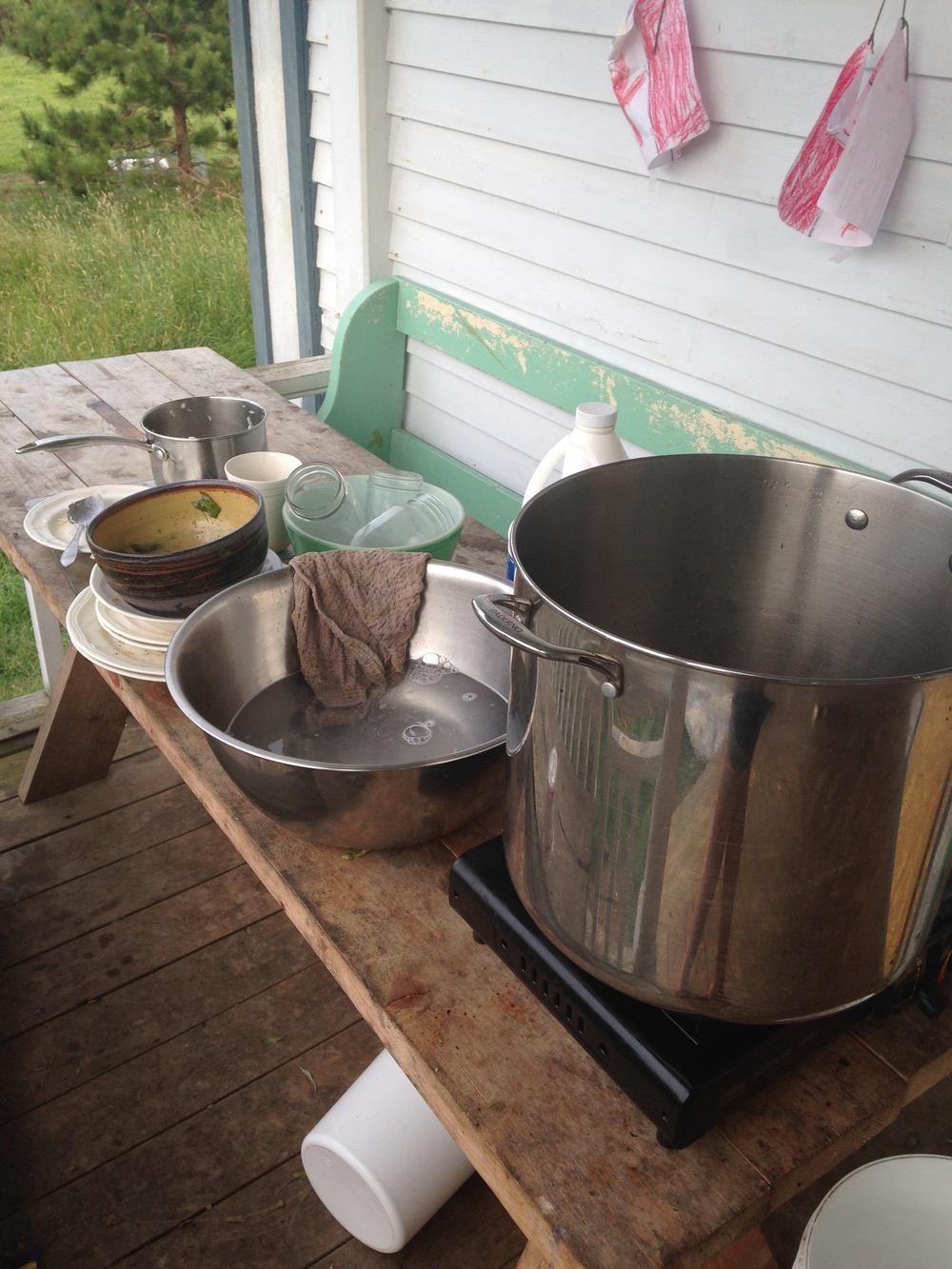 We managed well for the four days of power outage. Sure, our toilets got a little smelly with the lack of water but we did carry buckets in from the pool to flush a couple of times a day. I did feel really stressed at times about losing our meat in the freezer *we didn’t* and the cows getting out on the highway because the electric fence that keeps them in wasn’t live *they didn’t*. I worried a bit about other people not having water for their animals and I worried especially about the lower income seniors around who wouldn’t have electricity and would lose whatever was in their refrigerators. But honestly, for all the trees that are down all over the place, for all the financial loss that I’m certain many people suffered, and for the days of being with out things that we rely on, we all have much to be thankful for. People pitched in to help their neighbors, few injuries happened and few homes or buildings suffered severe damage. We made it.