We’ve a new arrival to our tiny farm! Our highland jersey cross, Sugar, was due to calf at the end of this week. The 19th on my calendar to be exact. However, we were surprised with an early arrival. 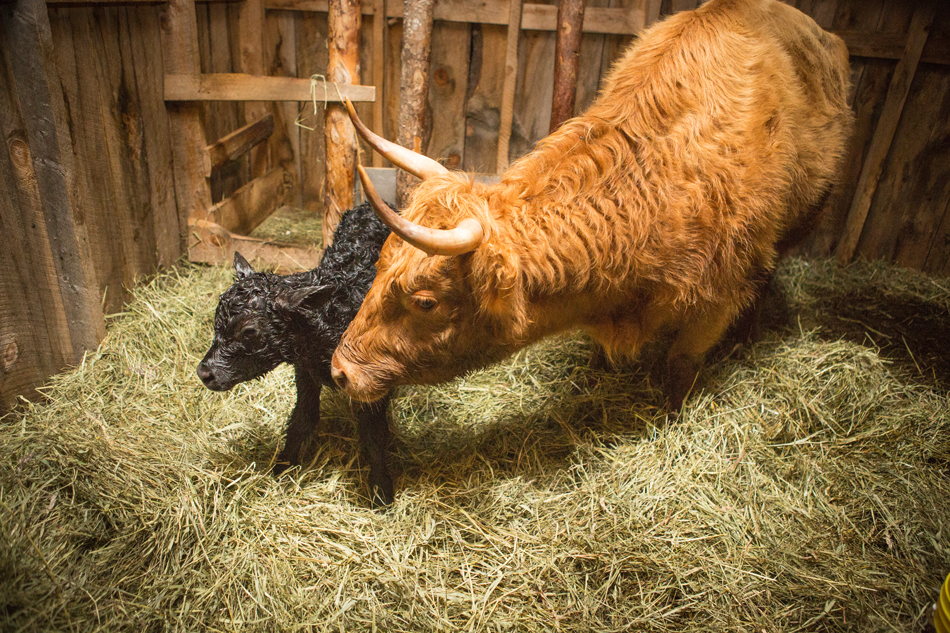 It was a wet but warmish night and Dan went out late in the evening to feed Sugar after a trip to Halifax. I was just into my warm bath when Dan called to me that Sugar was having her calf out in the field. By the time I got out there, I could see the head and within a few short minutes, the little guy was born.

The girls of course think he is amazing and had already chosen his name should he arrive a bull calf. So Blue he has been christened. He had some troubles with nursing in the first day so I was often out there through out the day putting him on to drink and he wasn’t too interested. By evening though, I decided to give him a dropper of rescue remedy and five minutes later, he was down to the business of getting his belly full of the much needed colostrum.

He’s a cutie and though when they are this little we choose not to think of the future plan, he actually may become an ox for a friend of ours which the girls (and I) will love. 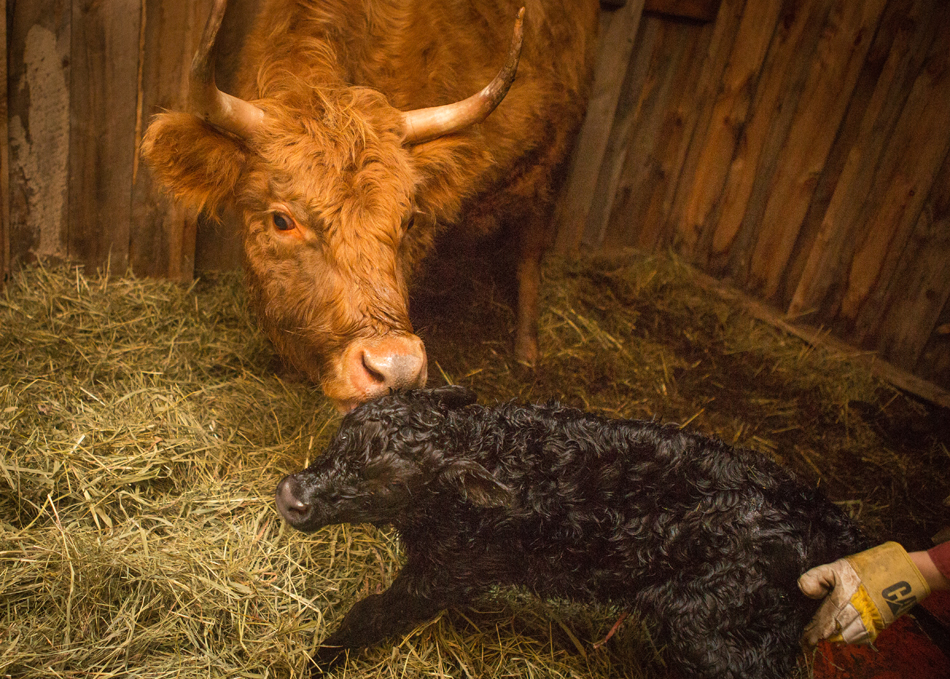