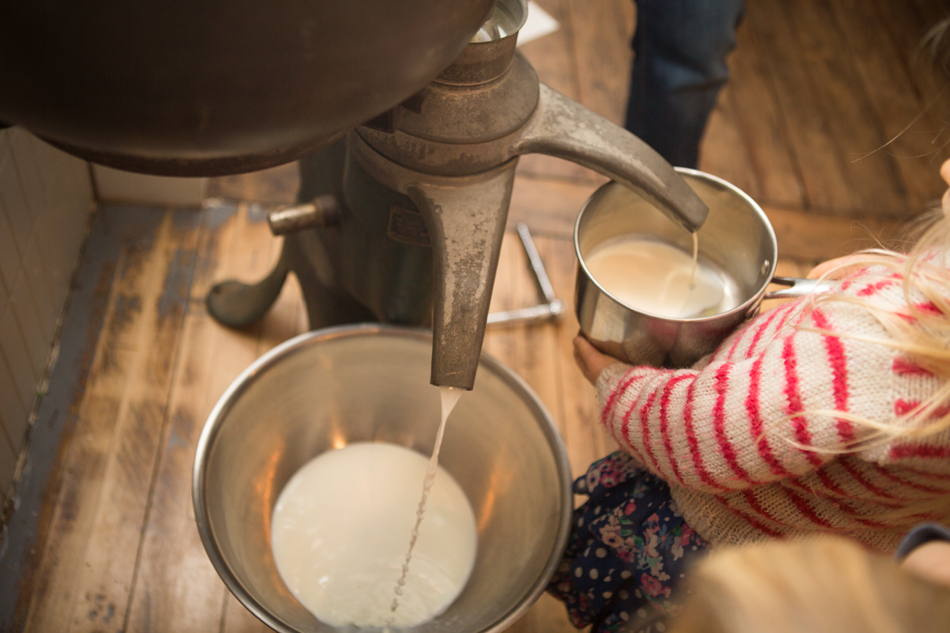 With the birth of Sugar’s calf Blue, we are back into the full swing of milking. Although, at this point the calf is always with his mama and we are just milking what milk he doesn’t take. Within a week or so we will start keeping them apart for a couple of hours prior to one milking until we eventually separate for the night so that we can get a little more milk for ourselves while still milk sharing with the calf as I’ve talked about before.

One of the things that we have discovered since we got Sugar (a highland jersey cross) was that while highland cattle have a high milk fat content, their milk is more naturally homogenized more similar to the milk of a goat. This means that we get delicious creamy milk but get very little cream to skim off of the top for making butter or whip cream and other such delights. During our last round of milking, we were just trying to wrap our heads around the work and routine of having a milk cow so didn’t do much more than drink the milk and make yogurt.

This time though, we are hoping to be meeting all of our dairy needs with Sugar’s milk production. An interesting little back story is that when we moved to Nova Scotia, we wanted a cow. Specifically a Highland Jersey. When we were first exploring the attic when we arrived at our new house, we saw an old cream separator in one corner. It looked to be intact and we said that we’d figure out how it worked some day. We brought it down last night in all its heavy glory and after a thorough cleaning, we separated our first milking this morning. It was a family affair and we are really pleased with the amount of cream that we got from 2.5 liters. 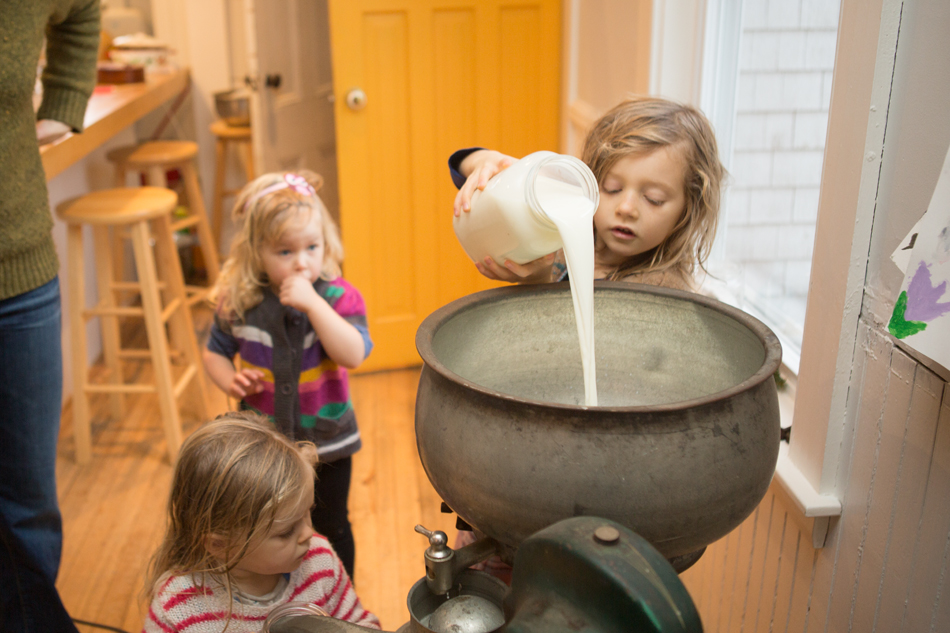 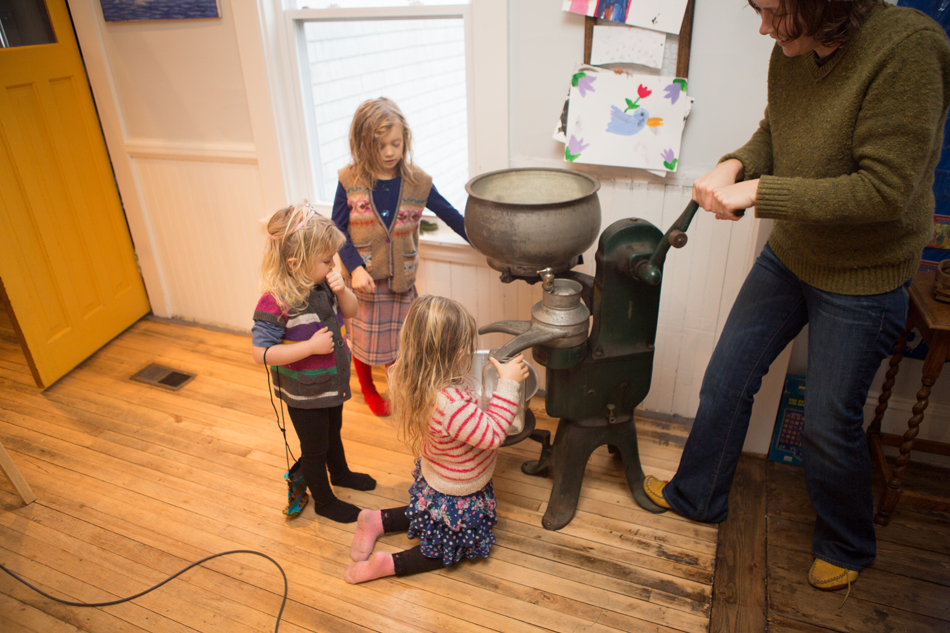 I may be smiling but it was actually a bit of work to turn the hand crank fast enough to separate the milk properly. But of course I had to be part of the photo documentation!

There are a lot of layers to it that will need to be sterilized after each use so we likely won’t use it daily but will save the milk that we want separated and do it every few days. We will likely need to warm it a little before separation but we’ll figure all that out. 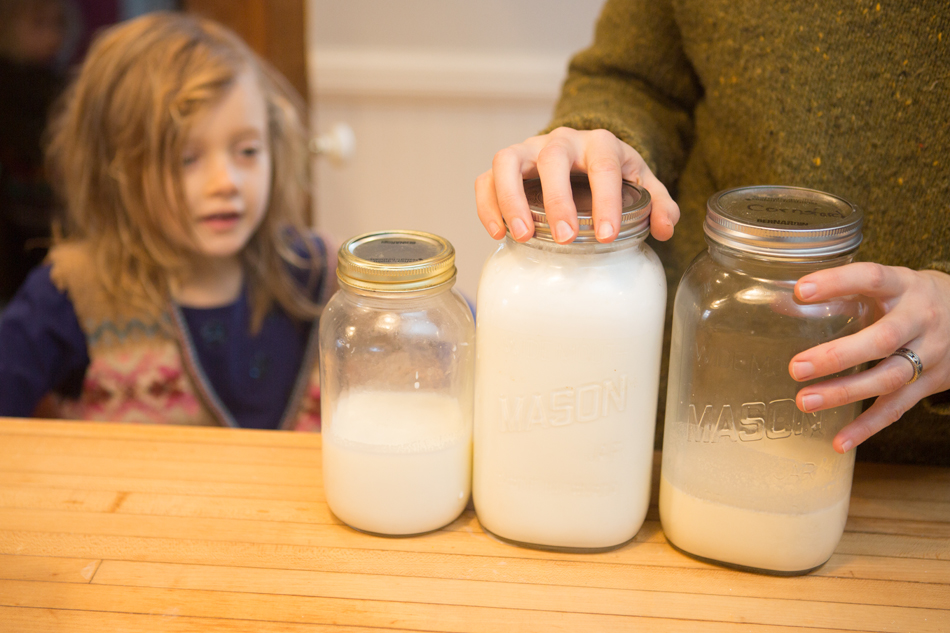 Can you tell which one is the cream? Its a pretty decent amount and is so deliciously thick. I’m not willing to give up our creamy milk completely so we will add a little cream back to the milk that basically becomes skim. I’m so excited for making a batch of our own butter! And cream in my coffee.